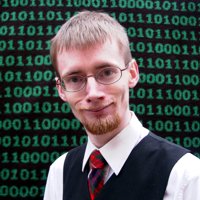 Meccano released a family of robots that include basic computer modules: Meccanoid, Micronoid, and M.A.X. The firmware on these computer modules can be flashed with new ROM images in order to change language or change capabilities. Unfortunately, Spin Master (Meccano's current owner) has abandoned the entire product line. The software to flash these modules isn't available for download any more. And even if you do have a copy, there it includes hard-coded URLs back to meccano.com for mandatory assets which no longer exist.

I own six Meccanoid robots which I use for teaching young children and coworker activities. I have to be able to flash the firmware. Let's fix this. Here's how to update your Meccano robots: 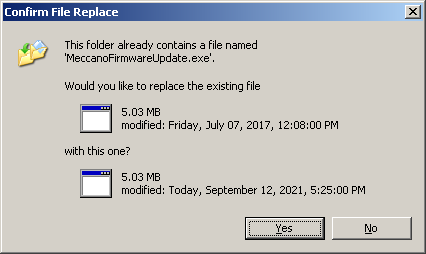 The replacement version has been modified to fetch multi_language123.json and meccano123.json from my server. I also took copies of all the binary images, since I've got zero confidence that they won't also disappear without warning. One issue is that https is not supported by whatever library is fetching the files, so I had to spin up an http server just for this.

Sadly the OSX version is no longer viable. It suffered from the same issue with hard-coded URLs. But after fixing that issue, it just stops. It appears that an incompatibility appeared somewhere in OSX version 10.13 (High Sierra), 10.14 (Mojave), or 10.15 (Catalina). Not much I can do about that without the source code.

Note to Spin Master: I own Meccano that's over 100 years old and it still works as well as it did the day it was bought. Your stuff turns into bricks in less than five years. If you don't care about your products, open source it so that your customers can maintain it for you.